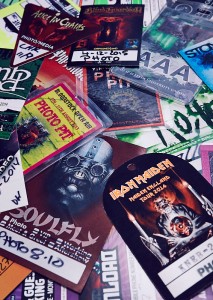 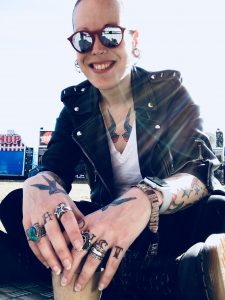 Being both a rabid music fan as well as an artist (my desks in high school were notoriously recognisable due to the elaborate ballpoint portraits of Iron Maiden’s mascot Eddie etched into their surfaces), music photography was an inevitable path for me.

Having had an education in both traditional art and computer graphics, I’d spent a decade working as an artist in the film visual effects industry when I became interested in photography following an evening class in photographic appreciation offered by a studio I was working at in London. A decision to explore the visual side of the world of music was a natural step to take.

I’ve shot everywhere from sweaty pubs around London to the big festival stages at Download, Sonisphere, Vans Warped and Bloodstock, and while I’m occasionally dragged backstage to shoot interviews and whatnot, it’s still the intense energy of live performances that I love shooting the most.

I’ve shot for Terrorizer Magazine, Classic Rock Magazine, Metal Hammer, Bloodstock Open Air Festival, and others. You can email me at hello@leighvanderbyl.com, and follow me on Instagram here.